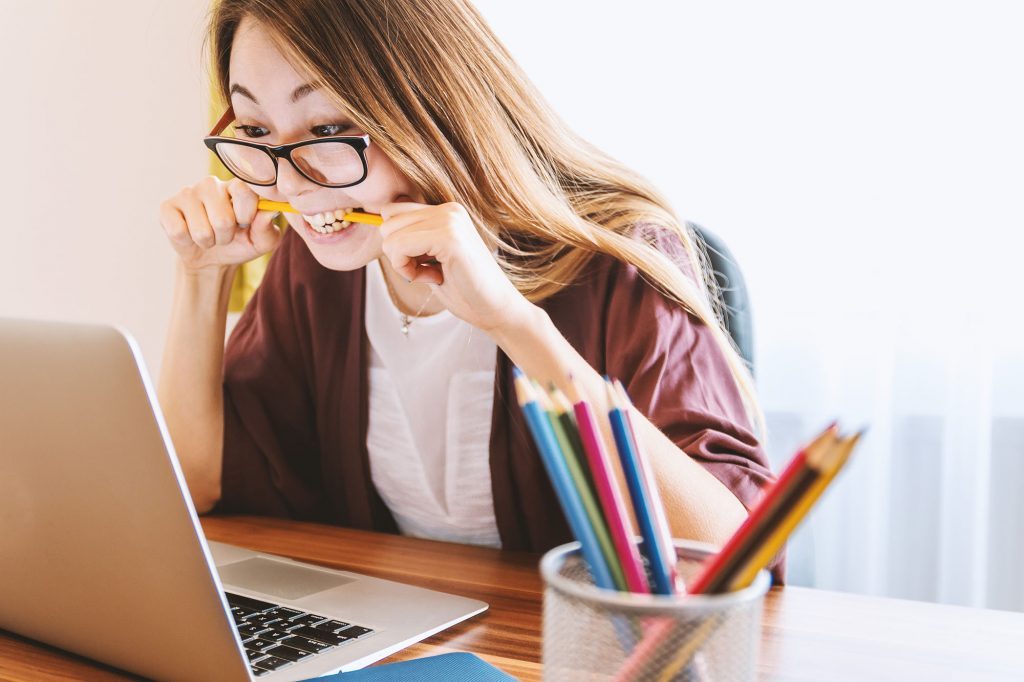 A client left a bad online review. But before the owner replied, things got weird.

On June 20, a customer posted an 1-star online review for Top Nails. A client, “Kyla Koenigsfeld,” began expressing how much she loved her “first time” experience. But after her second visit, she left unhappy because the price for the “exactly same” service costed her more.

That was 2:23 p.m.; and for the next 10 hours, “Kyla’s” review sat alone at the top as the only recent bad review. Then at 12:56 a.m., “Abby Saito” posted her online review. She praised the salon for her “amazing and high quality” experience.

The flood of goodwill did not stop there. About 6 minutes later, “Jaiden Yancerz” added another. “Me and my friends went there multiple (sic), each time the service just gets better.”

The thing is: All three reviews were vague. They all had glaring grammatical errors. And they all gave the salon 5 stars. Yeah, right.

It’s a vexing situation in the age of “paid post” and “sponsored content.” Four years ago, a small salon like Lush could thrive purely on words-of-mouth. If our services were good, some Facebook community like Local to Powell would take notice. Referrals would come.

With the rise individualized reviews, it is harder for everyone to find a truth. According to a 2016 Pew research, an “extremely negative” review often got the most attention. Worse yet, emotion is at play when just “1 in 10 Americans” would consistently post reviews.

For starter, just take a casual glance of the reviews threads from any nail salon. It’s hard to find a moderate 2-star or 3-star review. Most would either be a terrible 1-star or mind-blowing 5-star. Sometimes, it feels like clients post reviews because of strong feelings. It’s a bad practice because these extreme reviews can be very unreliable. Every so often, an incident could just be a simple misunderstanding.

In the case of “Kyla Koenigsfeld,” maybe she didn’t get the exact product and services this time. In the owner’s calm reply, “Kyla” added a manicure as well as a special-effect polish. While these changes do add up, we can also fault the salon as well. Why didn’t their staff tell “Kyla” about the cost before the service?

When online review tells little to nothing

The story about Top Nails in Jefferson City, Missouri, is unfortunate but not unusual. After its two owners had a relationship fallout, one decided to sell. But after more than a year with no offers, the owners blamed their low Google and Facebook ratings. That prompted an effort in April to get on the Google Business app and updated the listing with new photos.

Six weeks ago, a client “Alexis Gann” left a 1-star rating along with a story. She tried Top Nails for the first time but didn’t liked the “attitude” and the rough touch. She vowed to never return. Then just like the “Kyla Koenigsfeld” episode, a flood of positive reviews piled on, designed to bury her feedback.

One “Nguyen Ben” praised the salon. Problem is: the name is Vietnamese—the same ethnicity as the owners and most of the staff. Next came “My Ly”—another Vietnamese—who left a 5-star rating without a comment. Next came “Ben TH Nguyen,” possibly the same as “Nguyen Ben.” Then came “Jasmine Ozkaya” with a 5-star and terse comment that the “service was amazing and fast.” Finally, “Donald Le”—another Vietnamese—wrote that his “girl” loved it there.

It turns out that “Donald” is a special case. His Google profile showed that he wrote just two reviews. He praised Top Nails in one and bashed Lee Nails & Spa in another. “Alexis Gann” loved the Lee salon. She mentioned it her Top Nails review. Interestingly, Lee’s salon was just a block away.

We should also note that “Alexis Gann” wrote just 2 reviews, 9 months apart. Both reflected her terrible experience; one involved a McDonald and her crutches. In other words, her reviews are hardly reliable. We don’t know who worked on her hands at the nail salon. Readers have no clue on the actual exchange between her and the McDonald employee. They just know about her frustrations.

For a review to be most helpful, it has to have to account specific details. On this site, we reprinted some reviews we found thoughtful and worth sharing. We liked them not just because they were positive, but because they named names. They also provided more than just generic details; and in this business, details matter a lot.

In fact, the salon’s overall rating average on Google, Facebook, or Yelp can be a disservice to new clients. Unless they made a request, our clients’ experience is totally randomized. Some days, they could be with a nail tech who is naturally quiet. Other time, they would meet a talkative one. In other words, our clients don’t always sit down with the same nail tech. And yet, their reviews are published as reflections on the entire staff.

Until those three major websites change their online review scoring criteria for the better, new clients to Lush have to dig deeper themselves. They should call in and ask for specifics. We’d love to pair them up with a nail tech who fits their requirements. After all, a good experience is often tailored. ♦